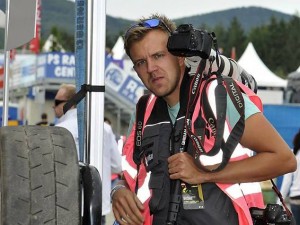 Jakub Nitka (QBA) is a University of Gdansk (Poland) journalism graduate specializing in sports photography. He has been taking pictures in Rallycross for over 12 years and despite his young age he has extensive experience working on the tracks at the European Championships (7 seasons).

During the past seven seasons QBA has gained great popularity among the top drivers (Kenneth Hansen, Marcus Gronholm, Andreas Eriksson, Tanner Foust). For there years he was part of a ERC24.com crew and since 2008 he has been a member of the European Rallycross Press Association (ERPA) – an independent association of professional journalists and photographers whose aim is to promote the ERC. RALLYCROSS IS IN HIS BLOOD!

Copyright to all pictures belong to QNIGAN.COM
© Copyright QNIGAN.COM Rallycross is in my Blood